Luckily Monday dawned sunny and bright so after work Me, Mam, my sister Marianne and my niece Annie headed up to Ollaberry to go to the peat hill! We went to my Grandads house to meet my Auntie Nette who was coming with us.

You have to give the hens a peerie visit, the back garden at Grandads is filled with wild flowers and hens 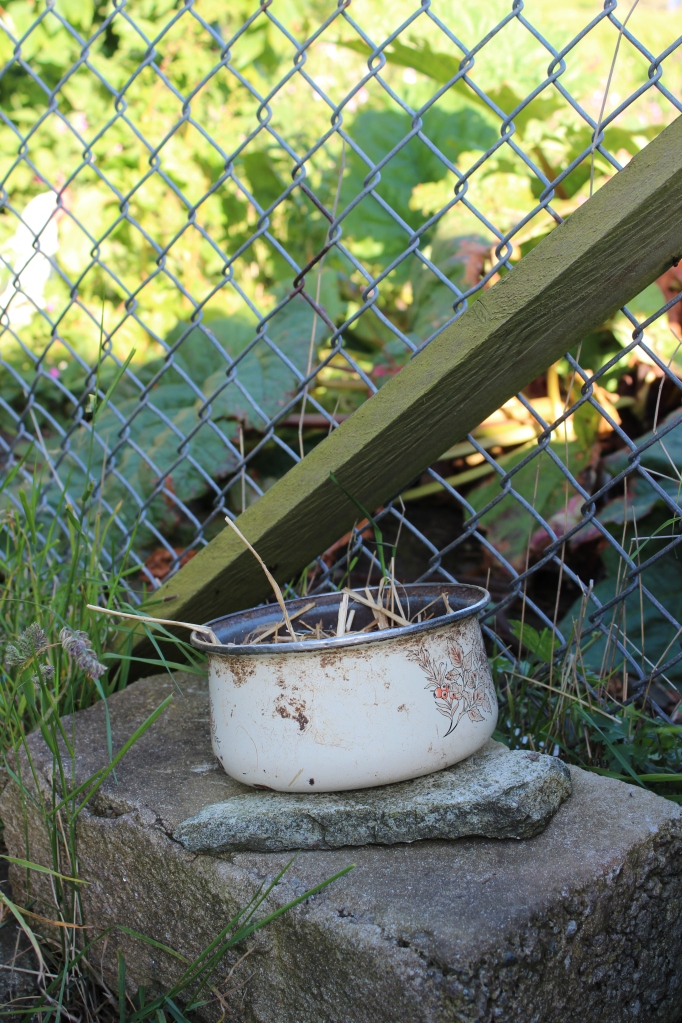 So we headed up to the peat hill, we have a very small bank (relatively speaking) but once we got about half way through me and Auntie Nette both decided it was a lot bigger than it looked! at this stage we were raising the just casted peats (youtube video, its tricky to explain in words!) into small pyramids to help them dry out, later on in the summer we will go up and turn them, which I did a blog about last year. This is a great blog, with a lot more information (and a recipe!) about peats. 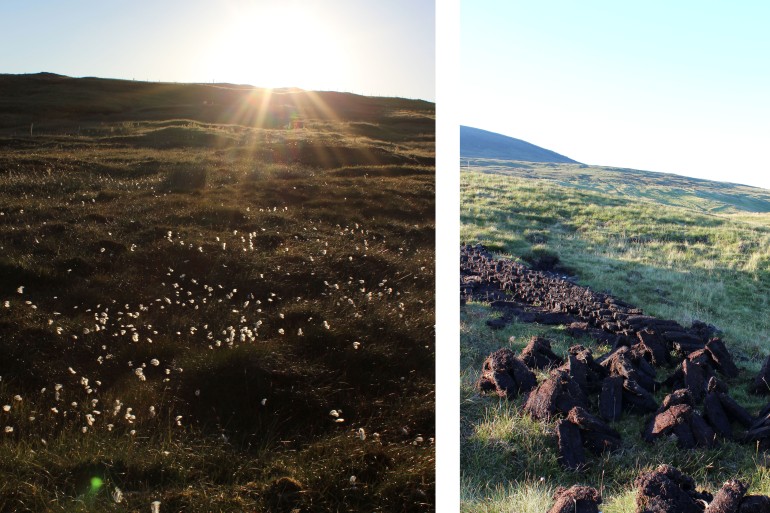 Annies peerie cardigan is the thing I said I would show you in my last post, the pattern is Loki by Icelandic designer Ragga Eiríksdóttir (the pattern was available for free, but sadly not any-more) It is a nice pattern so I hope it becomes available again. The only bit I struggled with was the few rows when you had 3 colours in one row! I’m not used to that.. I took a few pictures when I finished it to give you a better idea of the yoke.

I knit it using Lett-Lopi in a nice yellow, brown and fawn which I thought would go nicely with her hair.. I think I was right.. 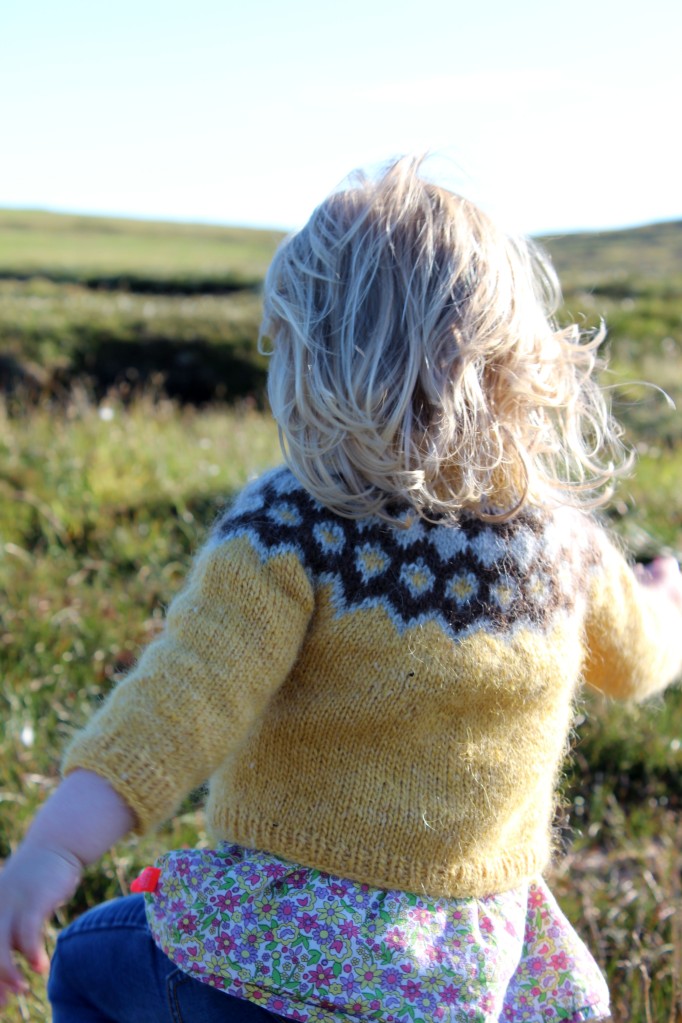 It was quite an easy knit, but I think next time I would make my steek a bit wider, it was only 2 purl stitches in the middle which was fine for the body but I didnt feel the yoke stitches were that secure so I had to sew over them, Its fine now but since little girls like to run around I didnt want the yoke to unravel!! 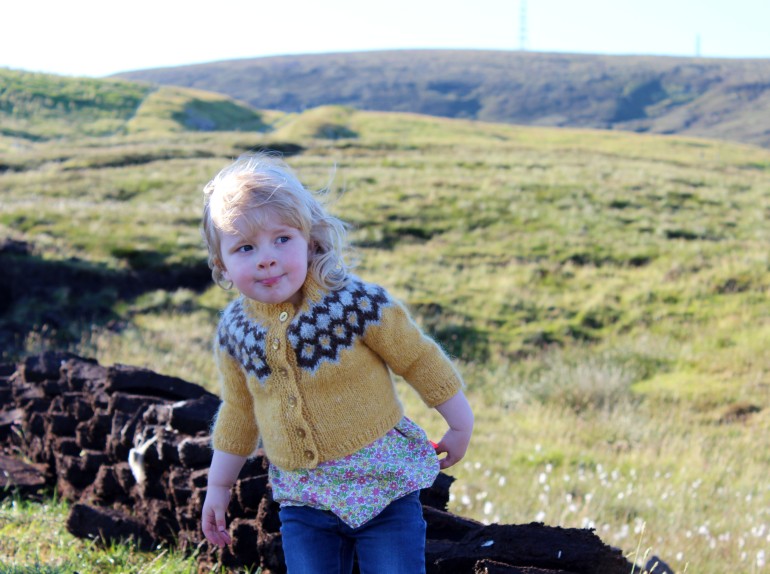 The sleeves are a little bit short but I’m pleased with the fit of my first garment knitted for somebody else! Annie helped us as much as she could but as she said the peats were ‘very heavy!!’

The peat hill is tricky for a peerie lass to manuovere so Mam put Marianne and Annie back to Grandads then Me, Mam and Auntie Nette finished up. It took us a couple of hours, and it is tiring work! (especially for a toonie like me!) But the weather was so nice you couldnt complain!

And this is how we left the bank, ready to be turned in a few weeks, the we will take the wettest from the bottom and put them on the top and turn the other ones the other way so the inside can dry. 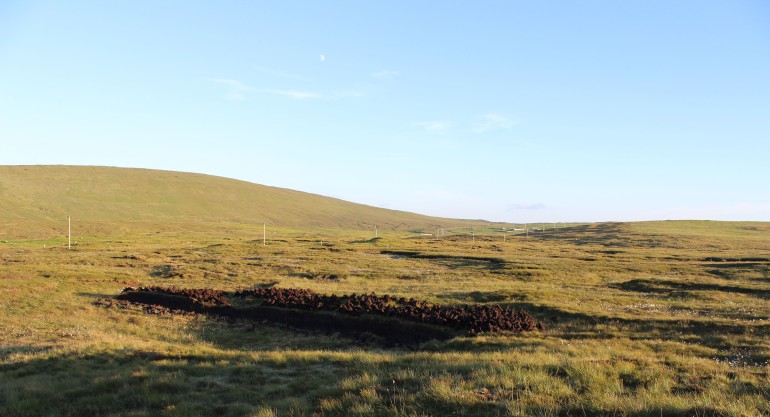 After we were finished we headed back to Grandads and had some toast and tea before heading back to Lerwick, not before stopping so I could take a picture of the sky over Ronas Hill.

To me you cant beat a Summers night in Northmavine,

10 thoughts on “peat hill and loki”