so.. its been a slow couple of weeks since the Craft Fair. Ive been ill since it finished. First with the cold then with an infection, i even ended up having to have a night in hospital.. Bah! This is not helping me with getting my cushions made for people. I did managed to get two knitted yesterday and plan on doing some today now that im feeling a bit better. 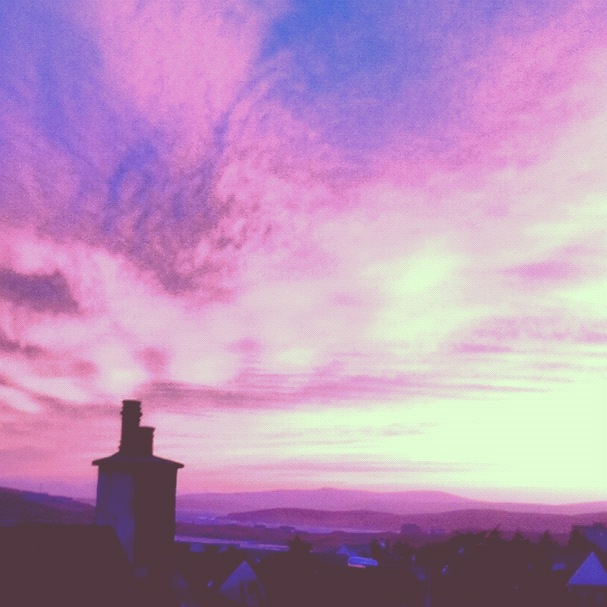 there was a beautiful sunset in Shetland last week, i was lying in my sick bed feeling sorry for myself and then i looked up at my skylight and the sky was so bright, so i got up and took this picture. (then i had to lie down again but it cheered me up for a minute) 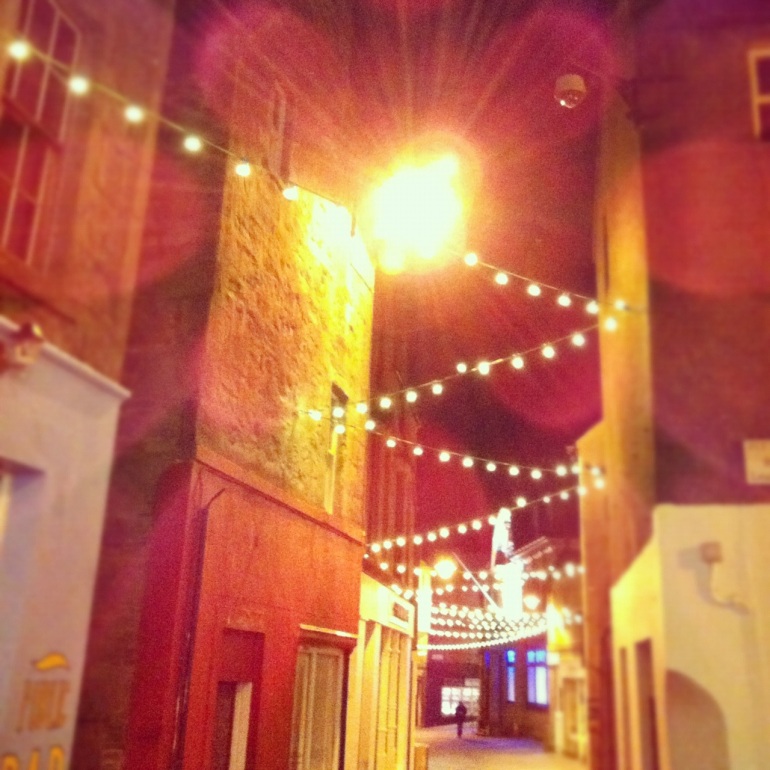 i went to my sisters the other night which involves walking along commercial street in Lerwick and i was lucky to see the new Christmas lights turned on, they were officially turned on yesterday but they tested them the other night. They are so pretty! they go the whole way along the street. The lights we’ve had in recent years were interesting.. to say the least. These are very classy, secretly i would love the lights they had when i was young, They were so 90’s with multicoloured lights and tinsel! i used to love it! i thought id look on the Shetland Museum photo archive and see if they had any pictures of them

i just loved them!! probably because i was a child and Christmas is very easy if your a child, anyway, usually im against mentioning of the C word until December.. so i don’t know how the above happened. Evidently i’ve turned crazy in my illness.