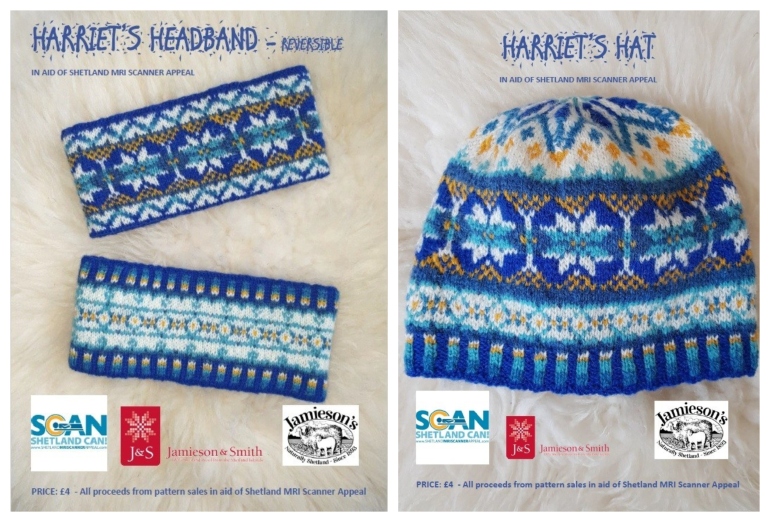 Hello everyone, if you are interested in Shetland knitting and patterns I’m sure you will have seen the patterns which are raising money here in Shetland for an MRI scanner – the Harriets Hat and Harriets Headband designed by Harriet Middleton. At the moment if someone in Shetland needs an MRI scan we have to travel to the mainland and this year a fundraising campaign has been launched to raise money for us to have one at the Gilbert Bain Hospital.

Since the campaign launched we have sold hundreds of patterns for the Hat and then the Headband at J&S, we have been selling yarn kits online which has also gone viral! We are still posting out kits pretty much every day. For the first two months, we donated the yarn & pattern costs of kits purchased in the shop in Shetland which resulted in J&S donating over £2500! So that shows just how popular this pattern has been. 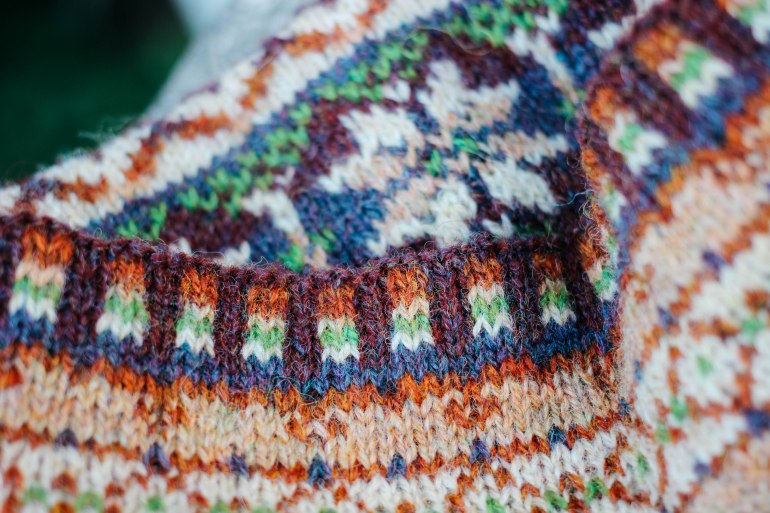 One of the pieces of Shetland knitting I have that I wear the most is a double-layered jumper weight headband that I bought from the shop a few years ago so I decided to make a Harriet’s Headband to support the appeal – the colours in the pattern are inspired by the scanner appeals official colours but as you know I love to chose my own colours so I did that and thought you might like to see my finished headband. 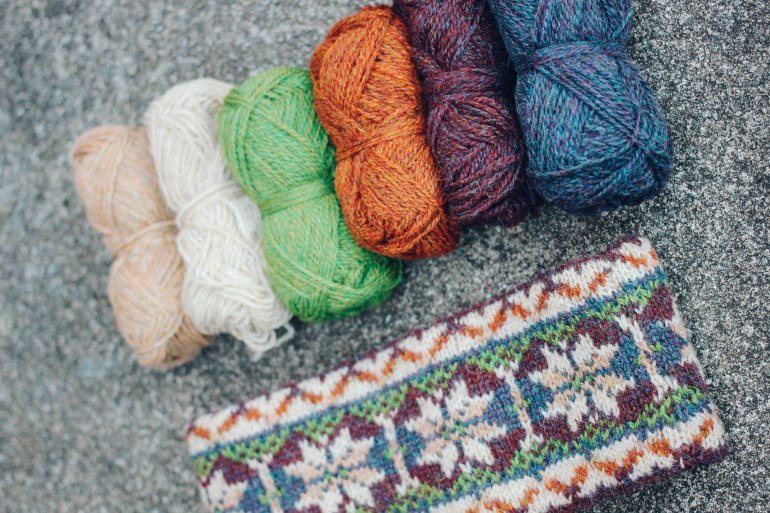 The colours I chose in 2ply jumper weight were from l-r: 1281, FC43, FC11, FC38, FC55 and FC14 which ended up working great! I didn’t knit a swatch but I chose my colours by roughly following the tones of the original shades as follows –

1281 is slightly lighter in tone than FC34 but I wanted my stars on the first side to shade together and I love how it came out but as I used these two quite similar light colours I had to do a bit of colour rearranging on the second side as I knit so I wasn’t sure how it would come out but I love it!

the pattern is reversible so you provisionally cast on, knit the front side, purl 1 row then knit the second side before undoing your cast on and joining the beginning and end together. It is a very satisfying pattern and very quick to knit up. 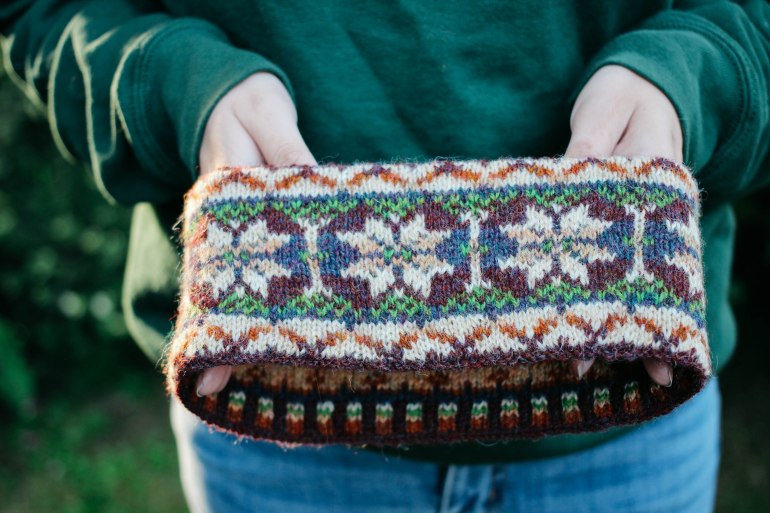 So that’s my Harriets Headband, it been crazy to see how many people have got involved in the appeal and the number of Hats and Headbands being made! You can find more information and support the appeal on their website here, speak soon!

2 thoughts on “my harriets headband”